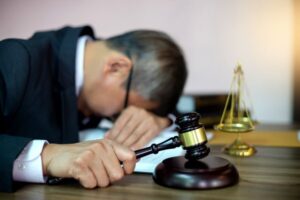 This TRO is to block federal funding to the state corporation that is illegally attacking you in court. This package contains the TRO and the Affidavit of state citizenship you need to remove yourself from the court’s statutory jurisdiction without an injured party. Now you can attack the court’s wallet!

The Spending Clause, Article I, Section 8, Clause 1 of the U.S. Constitution provides the federal government with the legal authority to offer federal grant funds to states and localities In the 1987 decision in South Dakota v. Dole, the Court held that legislation enacted pursuant to the Spending Clause must be in pursuit of the “general welfare.”

(1) be unambiguously established so that recipients can knowingly accept or reject them;

(2) be germane to the federal interest in the national projects or programs to which the money is directed.

(3) not violate other provisions of the Constitution, such as the First Amendment or the Due Process or Takings Clauses of the Fifth Amendment; and

(4) not cross the line from enticement to impermissible coercion, such that states have no real choice but to accept the funding and enact or administer a federal regulatory program.

We Have The Tools, and You Do The Work Dismiss